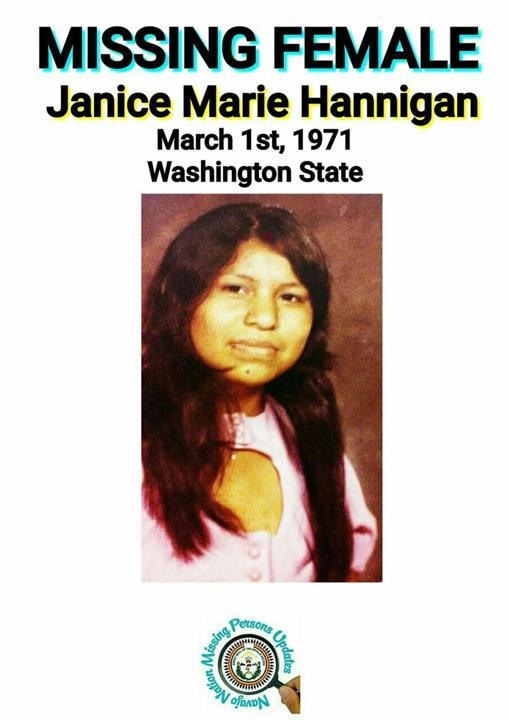 Janice was last seen in Wapato, Washington in 1971. At the time of her disappearance, she was a sophomore at White Swan High School. Her hobbies included cooking, beadwork, and watching football. She is the oldest of seven children, and after her parents separated, she stayed with her father near Harrah, Washington while her six siblings joined their mother in Buena, Washington. On December 21, 1971, Janice went to the hospital for treatment of numerous bruises on her head and chest. The surviving medical records don't identify which hospital she went to, or what the cause of her injuries was. Janice was discharged in satisfactory condition on December 24 and left. She never arrived home and has never been heard from again.