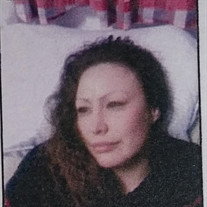 Metsker was reported missing on April 1, 2016. The former White Swan resident was staying on Barkes Road near Harrah at the time. Searchers found remains of an adult female in a remote area south of White Swan on May 5, 2016. They were identified as Metsker’s about a year later. George Cloud was found guilty by a federal jury in January 2019 of first-degree murder and using a firearm in a violent crime in connection with Metsker’s death. He was sentenced in May 2019 to life without parole. Sisters Nicole Lee Sunny Cloud and Kristen Ashlie Windy Cloud each pleaded guilty to one count of misprison of felony in the case and were sentenced.